Food is the only energy source on planet earth that organisms acquire to fulfill their nutritional needs. Organisms can be categorized on the basis of nutritional modes they use to acquire energy.

This is a quite simple overview. Without wasting time now let’s have a look at differences that exist in autotroph vs heterotroph.

Differences between autotroph and heterotroph

Are animals autotrophs or heterotrophs? They are heterotrophs because they are not able to make their food/nutrition on their own as plants do by utilizing sunlight to carry photosynthesis. In fact, animals depend on organic matters which are mostly plants or other animals. Humans are th best example of heterotrophs as they are omnivores dependent on almost all categories of organisms.

Watch a video first related to autotroph vs heterotroph:

Heterotrophs are animals or organisms that are producer dependents. These are animals which are not be able to produce food of their own and depend on producer organisms like green plants and other animals for their food needs.

In simple words, heterotrophs are autotroph dependent organisms. These are considered consumers as they consume other organisms to supply continuous nutrition to their body.

As heterotrophs are autotroph dependent so they get benefit from them in multiple ways as:

There are major 5 types of heterotrophs that exist which are carnivores, herbivores, omnivores, decomposers, and detrivores.

What are Chemotroph Organisms? Chemotrophs can be autotrophs or heterotrophs. These are organisms that utilize the oxidation process to acquire energy from electron donors in their environment. These are in the distinction to phototrophs as plants or photosynthetis bacteria ae phototrophs. Chemotrophs are usually found on the extreme depths of ocean and in volcanos.

Autotrophs are organisms that are highly able to prepare their own food by using simple substances like water, and carbon dioxide. These organisms consider autotrophic nutritional mode. These include all green plants and photosynthetic bacteria. 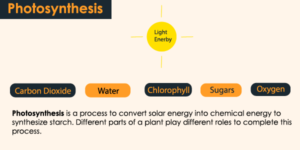 These consider the photosynthesis that includes the carbon fixation by carbohydrate conversion which include glucose, cellulose, sucrose, amylopectin, and starches.

There are two vital 2 types of autotrophs that exist are Chemotrophs & Photoautotrophs.

Chemotrophs: Organisms that feed on the energy they get from electron donors in their environment through the oxidation process.

Photoautotrophs: Organisms that feed on the energy they make their own selves by utilizing light energy in cooperation with carbon dioxide.

Autotrophs do also possess an extremely vast list of  species but the main from them are listed as follow:

What is another name for autotroph? Another title that can be used for an autotroph is a producer, this is because of the ability it has of making its food on its own while depending not on other organisms.

What is a photoautotroph energy source?

Phototrophs are those organisms that carry out photosynthesis utilizing the sunlight and yield energy as a result. The energy source like sun or sunlight is known as photoautotroph energy source.

Similarities between autotrophs and heterotrophs are very simple as follow:

How do autotrophs and heterotrophs differ? Both differ in their food consumption behavior, as autotrophic organisms make food on their own using sunlight, while heterotrophs depend on other organisms (either on plants or other heterotrophic animals) to consume food by killing them.

This is a very basic comparison overview of the similarities and differences between autotrophs and heterotrophs. We can conclude that both these are two different organism categories but at the same time, they both are equally very much important to the ecosystem for the ecosystem to retain in nature. As they highly required energy to live, similarly the ecosystem requires them to exist properly in nature.