The basic difference between Gene and Allele is so simple we just have to pay attention. A gene is nothing but a specific nucleotide sequence present on the DNA strand which code for functional protein WHILE Alleles are different versions OR variations of the same gene. 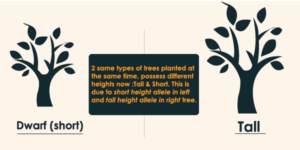 A DNA is not just a boring strand of nucleotides, there is about 455-exabyte information present on it. The amazing thing is that there are 1 billion gigabytes in a single exabyte. This information is existing on DNA in the form of genes which are specific sequences for functional proteins.

Difference between Gene and Allele side-by-side:

Also read: the difference between prokaryotes and eukaryotes

What is the Dominant Allele?

Cytosol vs cytoplasm differences and comparison