The very basic difference between prokaryotes and eukaryotes is that the prokaryotes do not have structures with membranes inside, that is, its intracellular content is scattered in the cytoplasm while the eukaryotes have a membrane that encloses the nucleus separating it from the cytoplasm.

The cell is the smallest unit of life, and it is a fundamental component to define ourselves as living beings. It is likewise viewed as a functional unit since it completes all the vital functions. The cell is the genetic unit, which contains the hereditary material and all come from another pre-existing cell.

Cells can be divided into two categories:

Differences between Prokaryotes and Eukaryotes side-by-side.

What are prokaryotes? The prokaryotes are a simple organism composed of membrane and cytoplasm. They lack a nucleus and do not have organelles like eukaryotic cells have (eg. mitochondria, chloroplasts, and endoplasmic reticulum). Also, it has a cell wall that supports the cell.

Bacteria is the best example of prokaryotes as it is a single-celled organism. Just look at the picture below, You will notice that the bacteria do not have a nucleus to hold its DNA and the DNA is freely wandering inside the cytosol of the bacteria. 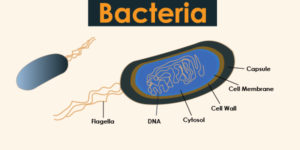 What are eukaryotes? The eukaryotes are the building block of life for protozoans, fungi, plants, and animals. It is characterized by keeping its genetic material packed inside a membrane, forming the nucleus. It also has other intracellular structures surrounded by membranes, known as organelles.

Notice the picture below, it is a eukaryotic organism’s cell: 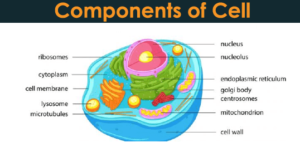 Humans are multicellular organisms made of trillions of cells together or we can say that humans are eukaryotes because they are made of multiple cells as the picture below is illustrating. 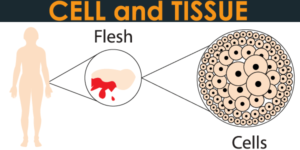 Similarities between Prokaryotes and Eukaryotes

While they are different there are also Similarities between Prokaryotes and Eukaryotes. Both contain genetic material, that is, DNA. They have a cell layer that covers them. Since both are made up of carbohydrates, proteins, nucleic acid, minerals, fats, and vitamins.

Both prokaryotes and eukaryotes cells contain ribosomes, which make proteins. They also reproduce, although in different ways. They need energy to survive, they contain cytoplasm inside cells and a cytoskeleton. The two classes of cells have a lipid bilayer, known as the plasma layer.

Conclusion (Difference between Prokaryotes and Eukaryotes)

After going through the above words we can conclude that both prokaryotes and eukaryotes are organism categories playing their part in nature but distinct at the cellular level. According to scientists eukaryotes came after prokaryotes, and prokaryotes exist million years ago.