Facts About Lion are so mesmerizing as this beautiful animal considered one of the strongest animals. It is one of the mammals which is higher at risk of extinction. In recent years International Union for Conservation of Nature (IUCN) has announced that there were only about 40,000 lions left by 2014.

Lions are big cats relate to the Felidae family and Panthera genus. Lions are the largest cat species in the world which are mainly classified into 2 main types: Asian lions & African lions and this classification is the updated classification about them. Lions are one of the highly social animals. 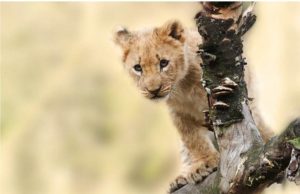 The weight of the newborn cub ranges from 27-56 ounces and it is deaf & blind at first stages. 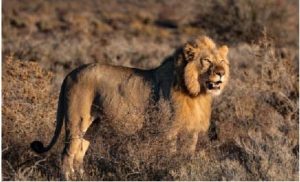 The oldest fossils of a lion-like animal were found on a site in Tanzania, estimated to be about 3.5 million years old. Some scholars have said that this fossil belongs to a real lion and not its predecessor, but that these fossils are not well preserved, while the oldest documented and confirmed fossils belong A lion in Africa estimated to be two million years old less than the previous one. Lions are cat species that sanctify well-organized social life, so they are keen to raise their children until they grow up, unlike other animals that leave their youngs early. Lions are considered so lazy animals as they spend most of their time sleeping after having meals. It is also noticed that lions wake only when they have hunger and they normally spend 20 hours of sleep. As lions are social, the male lion plays the role of the defender to the herd while the female lion plays a role in hunting and prey and also other members of the bunch rely on that prey.

The roar of a lion is so loud in real that it can be heard from 5 miles away. 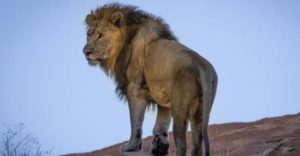 As lions are social but there is a fact that Asian lion does not live with females, they only meet them at the time of mating or participation in devouring large prey. On the other hand, African lions do always live with females and cubs, the number of adult males sometimes reach three in the herd which they were born.