Facts about murder hornets are quite interesting. These facts may amaze You or may scare You a lot.

Murder hornets are insects that resemble the wasp but are a giant in size and have a very bit different appearance than a wasp. The maximum size of this insect is noticed 2.2 inches which is way more than a wasp. 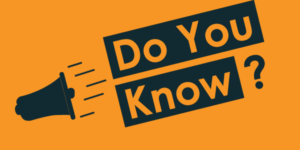 The word murderer really suits this insect as it is really the killer insect: Murder hornet crawls into the bees hives and cut off the heads of honey-bees, moreover, a single hornet can finish a bee-hive in just a few minutes. Also, this insect is so lethal to humans, even it can kill humans by the poisonous sting it has.

3. How much humans it kills:

It is noticed that murder hornet kills 50 people in Japan every year.

There are many species of murder hornets, but Asian giant hornets are considered the top venomous hornets of all.

6. How it is discovered:

One day a bee-keeper in Washington noticed a whole bee-hive is attacked and all the bees are killed around their hives. After this incident, the research was aggressively started.

7. Do not attack unless:

Despite highly toxic, murder hornets do not attack unless they feel threatened around themselves.

Once a person stung by a murder hornet reported that it feels the same as a hot metal nail is being driven inside.

9. Can travel at a large distance:

Murder hornets can travel very much long distances and also can reach the speed of 20 miles per hour.

Honey-bees are the most preferred prey of these deadliest hornets even if they pass by a bees hives by chance, they must attack, also if the bees hive is somewhere near You, You may also get in danger or attacked by these hornets.

Do we have to really worry about murder hornets?

Not at all, there is not so big thing to be worry about murder hornets as they are not as lethal as the people are talking out there. but yes, it can be a piece of bad news for people who are getting bread by trading honey growing bees-hives.

You may also enjoy reading: facts about octopus