Once a muscle tissue has been damaged, won’t it be amazing if it was able to repair itself? Yes, this amazing capacity is now possible as scientists have been successfully able to produce muscle tissues experimenting on mice with the capacity of renewing themselves. 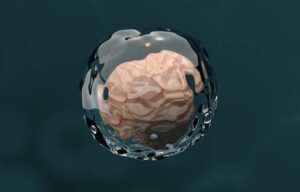 The capacity would now allow any muscle injuries or related diseases to be treated by the doctors. The struggle of producing stem cells which were able to differentiate into cells for a specific organ of the body has always been difficult for the researchers. However, the journey of using human skin cells to produce stem cells have led to the production of brain cells apart from skin cells.

A broth rich with nutrients have always been used to produce such self sustaining cells and a similar experiment led to the production of muscle cells. The broth used requires further investigation into its contents to distinguish the exact source of triggering this production.

Therapies related to muscle stem cells have not been used till now for the public and therefore this discovery aims to make it available for people suffering with various muscle disorders like muscle dystrophy. In order to find out the reliability of this research, the experiments have been performed on mice to see actual results. When these stem cells were injected into them, it was seen that they travelled to a particular area of the body called as the niche.

The area has been known to be a primitive base of natural stem cells found within organisms. Therefore, these externally inserted cells reached for this area and resided there for around 4 months. In order to further investigate their capacity, to see whether they were able to renew the damage done to them, GMO mice have been used.

The mice have been modified without an immune system which reduces the chances of injected cells to be rejected by the body. Therefore, after incorporation, the mice were exposed to radiations which were capable of deteriorating muscle cells. After deterioration, it was seen that the cells introduced migrated towards niche and acted as the stem cells also they started to repair themselves. Similar experiments have to be performed on mice with various muscle disorders to see their potential.