Difference between Pollination and Fertilization in tabular:

Difference between Pollination and Fertilization in detail: 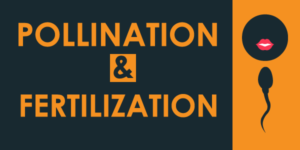 Assuming fertilization in flowering plants: sperms are male gametes and eggs are ovules, when they get combined with the help of external factors then the process of fertilization starts.

If we consider fertilization in higher animals or in humans, fertilization occurs after some time of sexual intercourse between males and females. In this fertilization, only one sperm fertilizes the egg cell, and the rest is waste. when male and female gametes get fertilized they ultimately give rise to an embryo.

What are gametes, these are reproductive-cells in actual that reside in both opposite sexes (male & female), when get combined start the process of fertilization. Gametes get manufactured by a process called gametogenesis that is sub-categorized into spermatogenesis and oogenesis.

Spermatogenesis vs Oogenesis, what they actually are?

You may also enjoy reading: difference between gene and allele