A Letsitele based laboratory, Limpopo Province of South Africa, is a leading plant tissue culture facility and supplier to around 25 countries. Recently, have supplied Ecuador with its first-ever Formosana batch, a tropical Race 4 pathogen resistant banana variety. 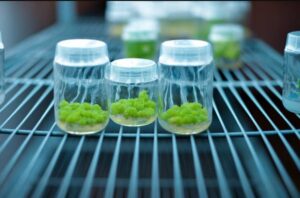 Ecuador, the world’s largest banana-exporter in more than 140,000 hectares of farmland, is concerned about the Panama disease’s threat to its production of bananas following the recent reappearance of this illness in Peru and Columbia neighboring countries.

After a year of negotiations with Ecuador’s government and visits to the F.D.A. headquarters in Washington, D.C., with officials of the SA Department of Agriculture, Conservation and Forestry, Du Roi received certification to supply this South American nation. This ISO 9001-certified facility has the nation’s only well-developed bio-secure base for select banana varieties, such as EU-NA1.

It is important to note that because Formosana has an intermediate resistance to TR4, it is less vulnerable to damage than susceptibleversions and when grown in similar environmental conditions and inoculum pressure. The use of a tolerant TR4 version like Formosana should form part of a broader approach to pest control.

Formosana has an enormous advantage in that its bananas retain the shape and taste they possess when harvested for them and consumers too can still take pleasure in them.

Earlier an agreement was forged between the United States and the Taiwan Banana Research Institute (TBRI) such that Du Roi would offer its Waterway banana plants only in Africa, the Middle East, the Caribbean Islands, French Guiana, French West Indies and South or Central America.